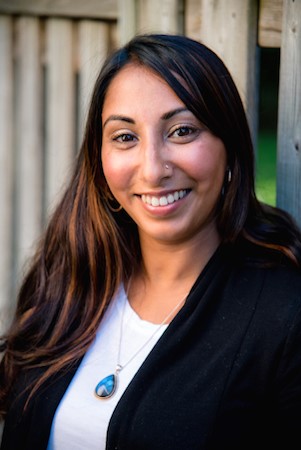 The dystonia community is filled with leaders and champions, one of them being Sumbul Zafar. Sumbul is a wife, a mother to three wonderful children, a business owner, a competitive swimmer and someone living with dystonia. Sumbul has launched her own campaign to raise awareness and funds for dystonia as she swims her way to the 2023 Fina World Masters Championship in Japan.

DMRF Canada had the chance to sit down with Sumbul and ask her a few questions.

How long did it take to get your dystonia diagnosis?

It took a year for me to get diagnosed with cervical dystonia. I had suffered a stroke like episode in the fall of 2013 and it left me with residual symptoms such as face twitches, neck twisting and the right side of my body would spasm involuntarily.

What was your first thought after you were diagnosed?

Initially I was devastated, scared and confused. I had never heard of dystonia before. I had just qualified for the 2014 Fina World Masters Championship that was held in Montreal and I didn’t know how something like dystonia was going to impact my ability to swim and the quality of life with my family. Unfortunately, my symptoms progressed so much that I was unable to attend the swim meet.

What has made you decide to pursue such an ambitious goal to support DMRF Canada and dystonia awareness?

Since my diagnosis, I held back from any sort of intense training because it would trigger spasms. In the past, I had tried to get back into the pool, only to get injured and sidelined time and time again because of the lack of understanding of my dystonia and my triggers. During this pandemic, I had the time to reflect on my dystonia and my body. I have been committed to understanding my new body and how to adapt the things I love to my abilities. Mindset, meditation and mindfulness have been a tremendous tool for my health success and for my physical abilities. It’s been quite a remarkable journey to date. I have been able to push my limits over the last year and accomplish things that in previously I was unable to. I have set my eyes on a goal that many have said is impossible because of my dystonia. It's a full circle comeback story, I am in pursuit of the world; swimming my way to Japan with dystonia for the 2023 Fina World Masters Championship.

While embarking on this goal, I hope to raise awareness and donations for dystonia and the Dystonia Medical Research Foundation Canada. This neuromuscular disorder is one that affects over 50,000 patients in Canada for which there is limited expertise amongst the medical and paramedical communities (i.e. massage therapy, physiotherapy, osteopathy, etc). DMRF Canada has supported me along with so many others who have been impacted by Dystonia. I believe that strength comes in numbers. The more people who know about dystonia, the more it will strengthen the dystonia community and the support for ongoing research.